Clarksdale - visit Roger Stolle's wonderful Cathead.biz Music Calendar, which is updated perpetually to cover the blues events that take place 7 days a week - everything that's going on at Red's, Ground Zero, the Shack Up Inn, the Blueberry Cafe, the New Roxy, plus local festivals and more

Cleveland - the home of Delta State University, the International Conference on the Blues, and nearby Dockery Plantation; Cleveland Mississippi Tourism maintains a good event calendar

Greenwood - Ben Wiley Payton is a local blues artist who sometimes plays at happy hours at the Alluvian Hotel on Thursday nights. Tune in to the all-blues AM station WABG, which is located on Money Road, just south of the Robert Johnson gravesite. The Greenwood Convention and Visitor's Bureau can help out with information about other musical events, including weekly happy hours with music on Thursday at 5pm at the Alluvian Hotel.  Tallahatchie Flats, a rural hotel with shacks and a plantation commissary building venue, has music occasionally, and rents out six cabins--it's next to the church where Robert Johnson is supposedly buried

Holly Springs - there are many musicians here in the Burnside and Kimbrough families, and recently there have been Sunday night shows hosted by Robert Kimbrough at the Hut, a former VFW Hall on Connie Drive. The city also presents free blues shows on the square on Thursday nights; check with Visit Holly Springs for details on the latter events.

Indianola - the B.B. King Museum & Delta Interpretive Center runs the nearby Club Ebony, a historic club started in the late '40s, and has regular shows there on Thursday nights. The Museum also features jazz nights one Thursday a month, earlier in the evening. The Blue Biscuit, across the street from the B.B. King Museum, also has live music on occasion, and has cabins to rent.

Memphis - The Memphis Flyer's music listings is the best place to check out what's happening around town, including the many clubs on Beale Street; be sure to visit the wonderful stores Shangri La Records and Goner Records. The most famous juke joint in Memphis is Wild Bill's at 1580 Vollintine Ave., which features blues on Friday and Saturday night. Lafayette's Music Room in Overton Square hosts a wide variety of roots music seven days a week. The intimate Bar DKDC is at the heart of the Cooper Young District; Railgarten is an outdoor venue in Midtown; the local Huey's restaurant chain features music on Sunday afternoons at its nine locations, including two shows each Sunday at its Midtown location. In the summer and the fall there are wonderful series of free concerts four days a week at the Levitt Shell in Overton Park

Oxford - The Local Voice presents detailed listings of music; The End of All Music is a great record store, with a large selection of new and used vinyl and a staff that keeps up with local music. Rooster's Blues House is a college-oriented bar that features artists including Garry Burnside and Robert Kimbrough; Ajax Diner features bands on Thursday and Friday night, including Eric Deaton; Proud Larry's features many touring roots music acts, and occasionally blues groups

Vicksburg - The Central Mississippi Blues Society (Jackson) band plays at L.D.s Kitchen on the second and forth Tuesday each month, and the venue (a soul food restaurant) also features other shows; the Vicksburg Blues Society regularly arranges shows at venues including the Bottleneck Blues Bar at the Ameristar Casino as well as other special events

Popular posts from this blog 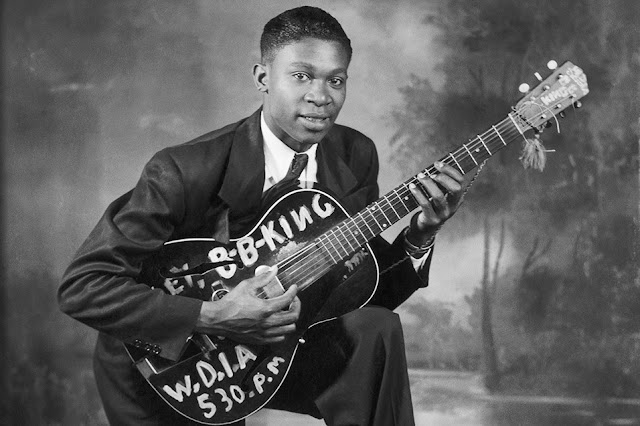 This page is associated with the Mississippi Public Broadcasting radio show Highway 61, hosted by Scott Barretta, and airing on MPB on Saturday at 10:00 p.m. and Sunday at 6:000 p.m. - you can listen live here . To find out more go to the show's Facebook page , where we'll be promoting this calendar regularly  For a full listing of events in the Clarksdale area visit the Cat Head Music Calendar ; Memphis events are covered in detail in the Memphis Flyer ; the Jackson Free Press maintains a detailed calendar of events in the capital city; Oxford's Local Voic e covers music in northern Mississippi on a day-to-day basis.  If you want to know what's happening in New Orleans visit the great radio station WWOZ's Livewire Music Calendar . See this website's page for regular venuse for more info. MAY 2019 May 28 - Mississippi Blues Trail marker dedication for folklorist William Ferris , 11am at the corner of  Grove and Washington streets,  Vicksburg . A rec
Read more